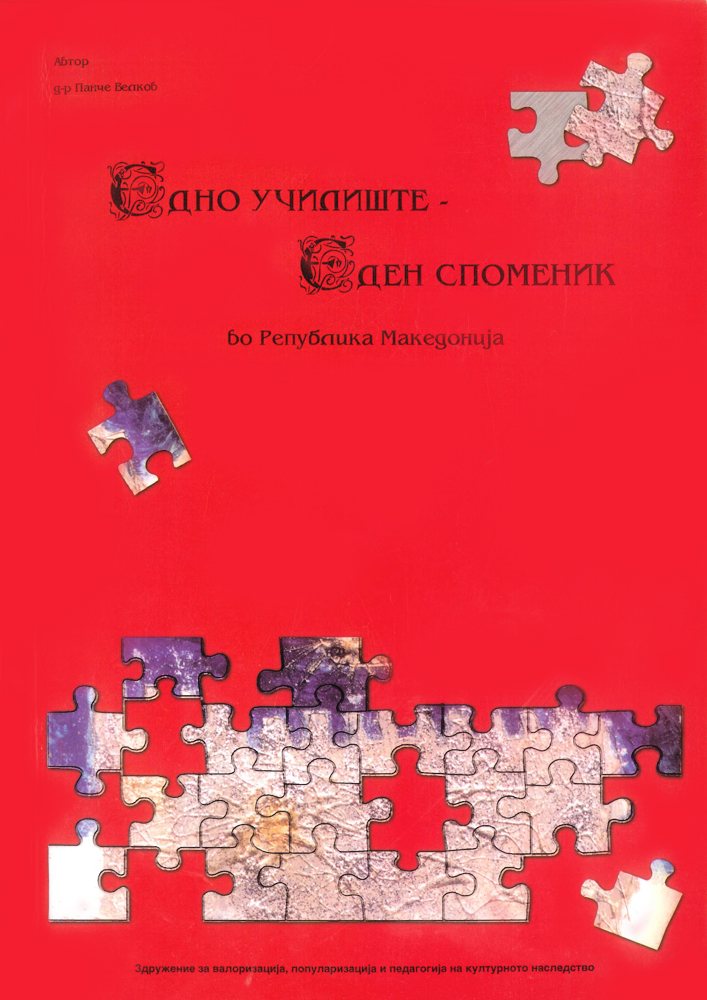 One School – One Monument

One School – One Monument project was initiated, developed and implemented by the Makedonida foundation all around Republic of Macedonia during the period from 1998 until 2009 in partnership with the Council of Europe, the Napoli Novantanove foundation from Naples, the World Monuments Fund from New York, the Open Society Institute – Macedonia, the City of Skopje and the Ministry for Culture of Republic of Macedonia.
The aim of the Project is to introduce cultural heritage in the education of the young generations in Macedonia. Around twenty schools from Skopje, Kumanovo, Shtip, Bitola, Prilep, Ohrid, Kichevo and Makeodnski Brod “adopted” monuments in their surroundings. Makedonida organized several training seminars for the teachers using manuals in Macedonian and in Albanian prepared beforehand by heritage education experts. The students, helped by the teachers, worked on creative reproduction of the historical. architectural, environmental and artistic assets of the chosen cultural monument. Results from the work of several hundreds of students participating in the Project have been presented on exhibitions, presentation of the monuments prepared and performed by the students, theater plays and other activities taking place in the schools, on the monuments and elsewhere. Furthermore, two European Heritage Classes were organizes in the Monastery Saint Joachim Osogovski with students, teachers and heritage experts from Macedonia, Serbia, Bulgaria, Greece, Moldova, Italy and France. The results from the works from the European Heritage Classes were shown on an exhibition at the Council of Europe in Strasbourg in 2001, The results of the whole Project were presented on several occasion on meetings and seminars in Macedonia, Bulgaria and Serbia. Finally, with the help of the Council of Europe, the Project was implemented in Serbia in the period from 2001 until 2004.
After the successful implementation of the Project in Macedonia and in the neighboring countries Makedonida gave all legal rights for further implementation of the One School – One Monument Project to the Ministry for Education and Science of Republic of Macedonia

You can find out more about which cookies we are using or switch them off in settings.

This website uses cookies so that we can provide you with the best possible user experience. Cookie information is stored in your browser and performs functions such as recognizing when you return to our website and helping our team understand which parts of the website you find most interesting and useful.

Strictly Necessary Cookie should be enabled at all times so that we can save your preferences for cookie settings.

Functional cookie processing is necessary to enable you to visit the website and they provide basic functionality, such as remembering the contents of your wishlist;

This website uses Google Analytics to obtain anonymous information, such as the number of visitors to the site and the most popular parts of it.

Please enable Strictly Necessary Cookies first so that we can save your preferences!